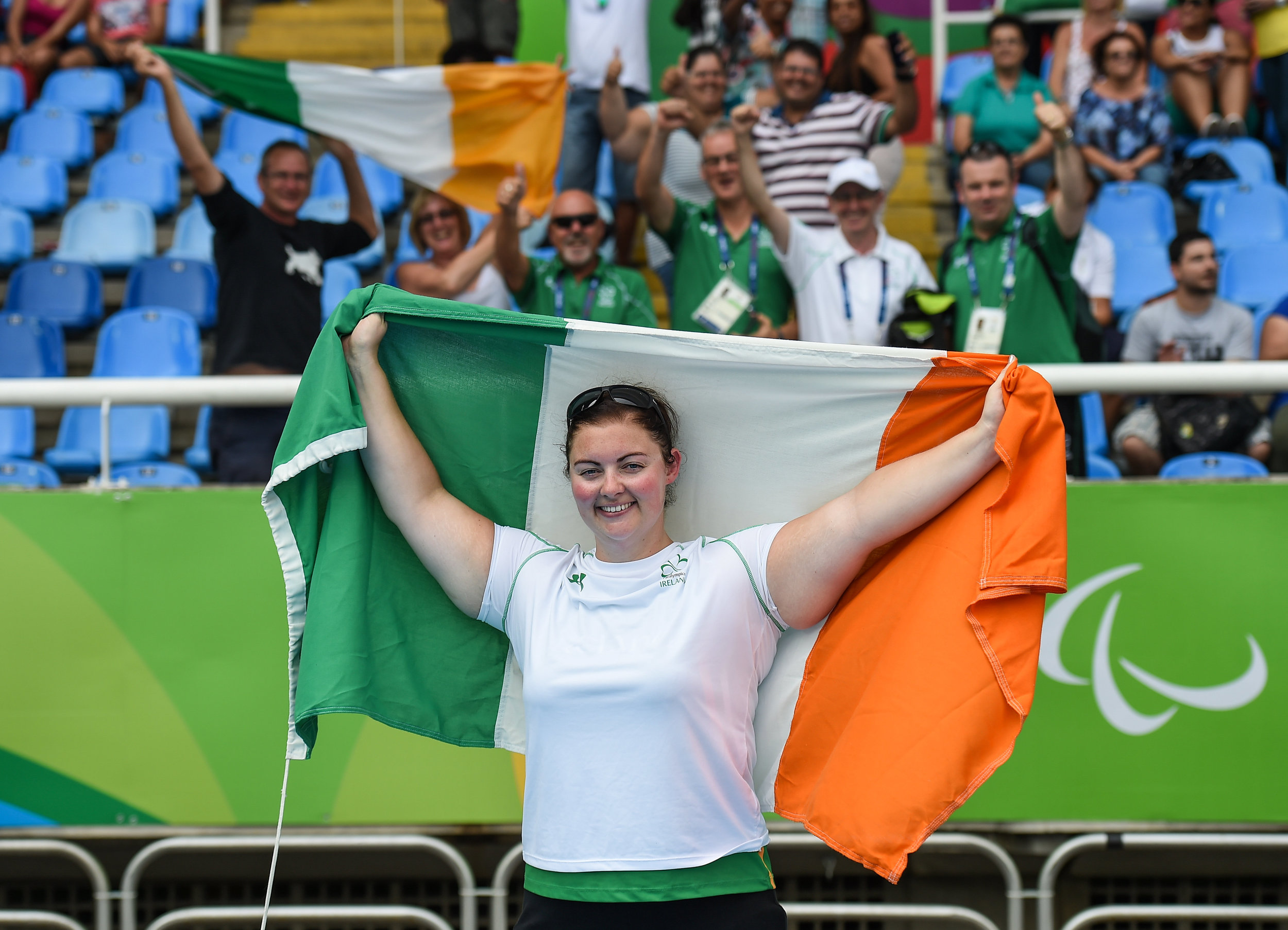 At the Olympic stadium in Rio today Cork’s Orla Barry won silver in the Women’s Discus Final F57, to improve on her Bronze medal which she won in this event four years ago in London. The twenty five year old, had a second round throw of 30.06m which was enough to claim her podium place behind Algerian, Nassima Saifi, who took gold with a throw of 33.33.m.

Barry went into the competition ranked third with a personal best of 31.18 and although she didn’t hit that mark today the two time Paralympian had enough to hold off Eucharia Iyiazi from Nigeria who took Bronze.

Speaking about the support she has behind her, Barry added; “My coaches, and my family; without them, I wouldn’t be here at all. Part of this medal belongs to all of them.” Barry continued, “I always said after Rio I would take it each year at a time and with world championships coming up, I will take a break now and concentrate on them.”

Also in action in the Olympic Stadium was Paralympic debutant, Paul Keogan in the heats of the T37 400m. Unfortunately events did not go as planned for the Meath man who was disqualified due to a false start, having lost his balance while waiting for the gun.

Elsewhere Irish paddler Pat O’Leary finished sixth in the KL3 canoe sprint final at the Lagoa Stadium, his best ever result at international level, in canoeing’s first ever inclusion in the Paralympic Games.

“I’m delighted, just delighted,” O’Leary said. “I was coming into the games ranked seventh, I came out of the heats and the semi-final ranked seventh again and managed to finish sixth today. Anyone who’s ahead of me, I know how hard I’ve worked so they must have worked bloody hard to get there. I’m still very proud of what I did. If what I am is sixth in the world, then how bad is that!” O’Leary said. “As regards looking to Tokyo 2020, it’ll be hard to beat these surroundings, I’m looking up at Christ the Redeemer here!” he added.

In swimming, last night’s bronze medallist Ellen Keane and four-time finalist Nicole Turner have both progressed from their heats at the Rio Aquatic Centre today.

Keane, who won SB8 100m Breaststroke Bronze last night, was back in the pool for the first event of the day, the S9 100m Butterfly. Ranked 11th going in Keane put in a fantastic performance, swimming a personal best of 1:10.95, knocking over half a second off her previous best (1:11.56) and finishing second in her heat.

The 21-year-old was delighted to make another final; “I’m really happy, my goal going in was to make the final and I did that and am sixth in, it’s all pretty close. I was really tired this morning, so I hope I can go back and get a good day’s sleep and get faster again tonight”.

Teenager Nicole Turner also returned to the pool after a rest day yesterday for the SB6 100m Breaststroke heats. Another great performance from the 14-year-old saw her clock 1:48.13 to touch fourth in her heat, seventh overall and qualify for her fifth final of five events in Rio. “The swim was alright; I feel that in the final I can push a little bit harder. To say that this is my fifth final at my first Paralympic Games is unbelievable. I’m pretty tired (from all the swims) but when I swim I like it so I pick myself up again”.

Ellen Keane will swim the S9 Butterfly Final at 9.36pm while the SB6 100m Breaststroke Final for Turner will be at 9.50pm.