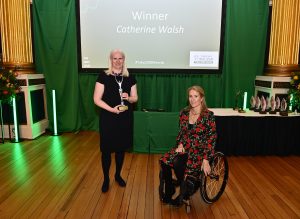 Catherine Walsh was inducted into the Paralympics Ireland Hall of Fame in 2022. Catherine is a six time Paralympian (Barcelona 1992, Atlanta 1996, Sydney 2000, Athens 2004, London 2012, Rio 2016) and has represented Team Ireland in three different sports (Athletics, Cycling and Triathlon) throughout her international sporting career, which spanned over 24 years.

In that time, Catherine won three Paralympic medals, winning her first at Sydney 2000 in the Women’s P13 Pentathlon event. It was at London 2012 where Catherine was most successful, as the Swords local brought home two medals in Para Cycling, Catherine won silver in the Individual Pursuit B and bronze in the Time Trial B, piloted by Francine Meehan.

Catherine has since gone on to be a great ambassador for Irish Para sport, and currently sits as the Chair of the Paralympics Ireland Athletes Comission. 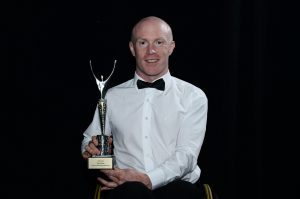 Mark Rohan was inducted into the Paralympics Ireland Hall of Fame in 2016. The Westmeath native had been one of the most recognisable and successful Paralympians in Irish Paralympic history during his storied career.

The highlight of that career came at London 2012 when the hand cyclist won double gold medals in the H1 Road Time Trial and Road Race. 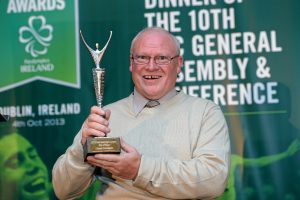 Michael Cunningham competed with great distinction at eight Paralympic Games from 1972 in Heidelberg to the 2000 Games in Sydney. He won gold in the javelin in the 1976 Toronto Games.

Mick was an All-Star and international basketball player, as well as being the only wheelchair athlete to represent Leinster in table tennis. Overall, he was a hugely talented athlete who excelled in track, field, basketball and table tennis and he remains active in basketball as a coach. He attended the London 2012 Games as assistant table tennis coach. 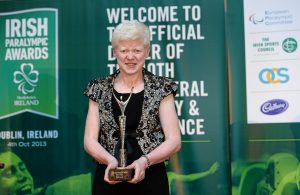 Bridie first represented Ireland at the 1983 European Athletics Championships in Varna, Bulgaria where she won discus bronze at the age of 17. She went on to represent Ireland in four subsequent Paralympic Games (New York in 1984, Barcelona in 1992, Atlanta in 1996 and Sydney in 2000), winning gold in the discus at Barcelona. Bridie has also won Paralympic silver and bronze at shot putt and pentathlon. 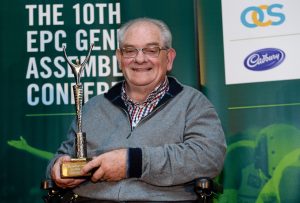 Oliver Murphy is the last living member of the first Irish Paralympic team in 1960. Oliver was one of a small team of people who, following his accident, quickly realised the importance of sport in the lives of people with a disability. Indeed he was a patient of the father of the Paralympic movement, Sir Ludwig Guttman and was inspired by the power of sport.

Upon returning from the Games in 1960, he was a founding member of the Irish Wheelchair Association and his legacy has been the formation of a 20,000 member organisation that has a network all over Ireland.

Oliver competed at the 1960, 1964 and 1968 Paralympic Games. For his huge vision with his team mates on the first team and their efforts to improve the rights of people with disabilities, he is a deserving inductee. 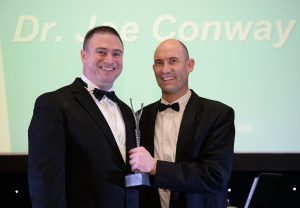 The first ever inductee into the Paralympics Ireland Hall of Fame was swimming great, Dave Malone.

Malone competed at 4 consecutive Paralympic Games from Atlanta 1996 to Beijing 2008. He claimed gold at the Sydney Paralympic Games, a prize he shared with Holger Kimmig following a dead heat finish in the S8 100m Backstroke. He also won two Paralympic silver medals during his career those medals coming in Atlanta and Athens.

Dave has the distinction of being the world record holder in the S8 100m Backstroke, a record that stood for 10 years.