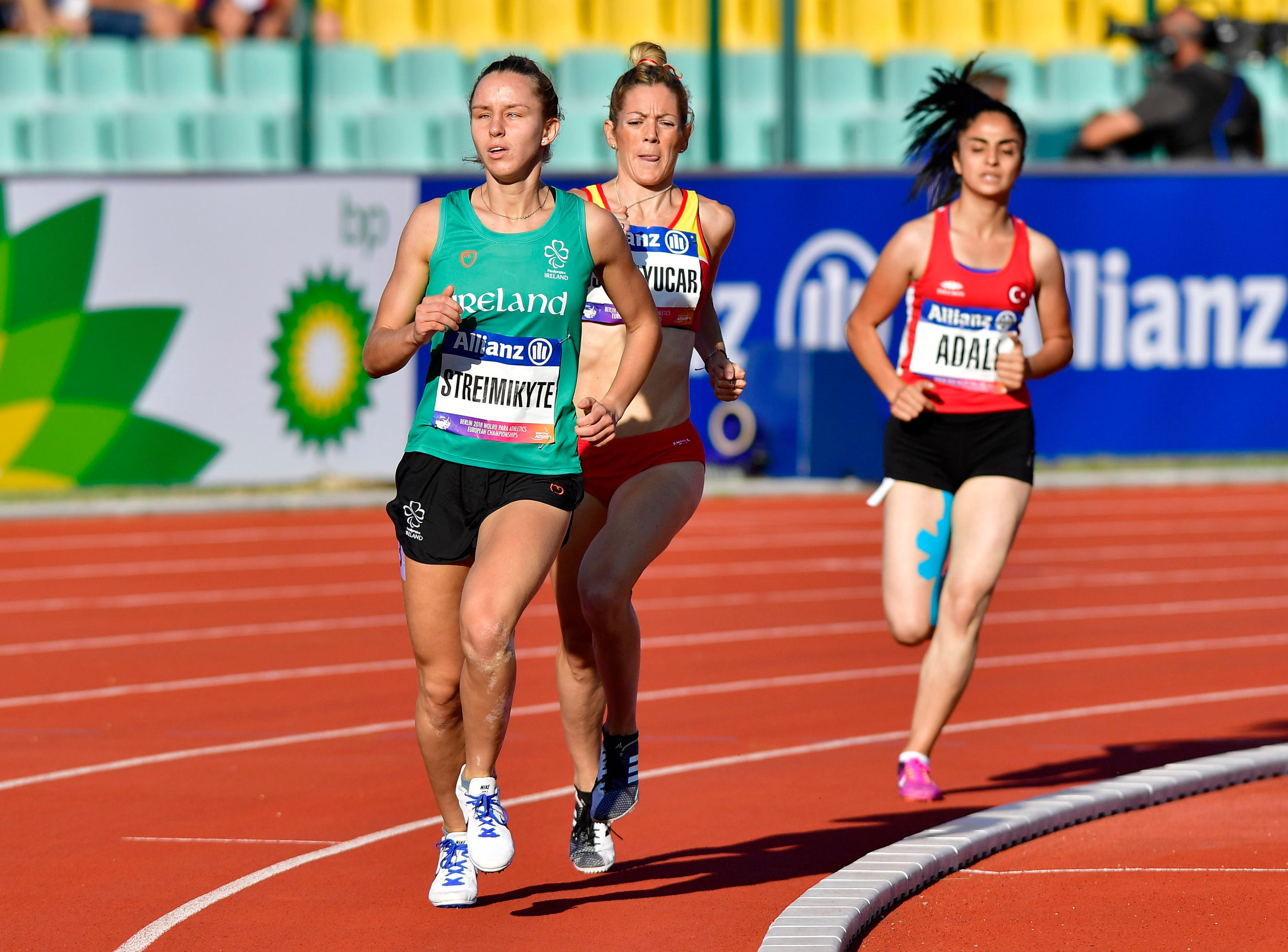 Greta Streimikyte finished in 5th place in a gruelling T13 1500m that took place under the full glare of the Dubai sun at 11:00am.

It was anticipated to be a tactical race but Moroccan athlete, Fatima El Idrissi, surprised the field when she pushed the pace of the race in the 2nd lap and opened a gap that none of the other athletes could make up.

Greta, who had looked comfortable in 4th position until El Idrissi’s break, was amongst those who tried to cut into the Moroccan’s lead but with the energy sapped from her legs she ultimately fell adrift and finished in 5th place in a time of 4:48:75.

Greta was ultimately disappointed with how the race went for her but refused to blame the Dubai heat ‘When you are out there you don’t really think about it and I did train a lot during the same period, I tried to adapt as best as I can during the time that I was here, I can’t blame the heat because, at the end of the day, we were all in the same boat.’

Team Ireland will return to Dublin on Saturday, October 16th on Emirates Air flight no. 163, the flight is due to touch down at 6:55pm at Dublin Airport Terminal 2.