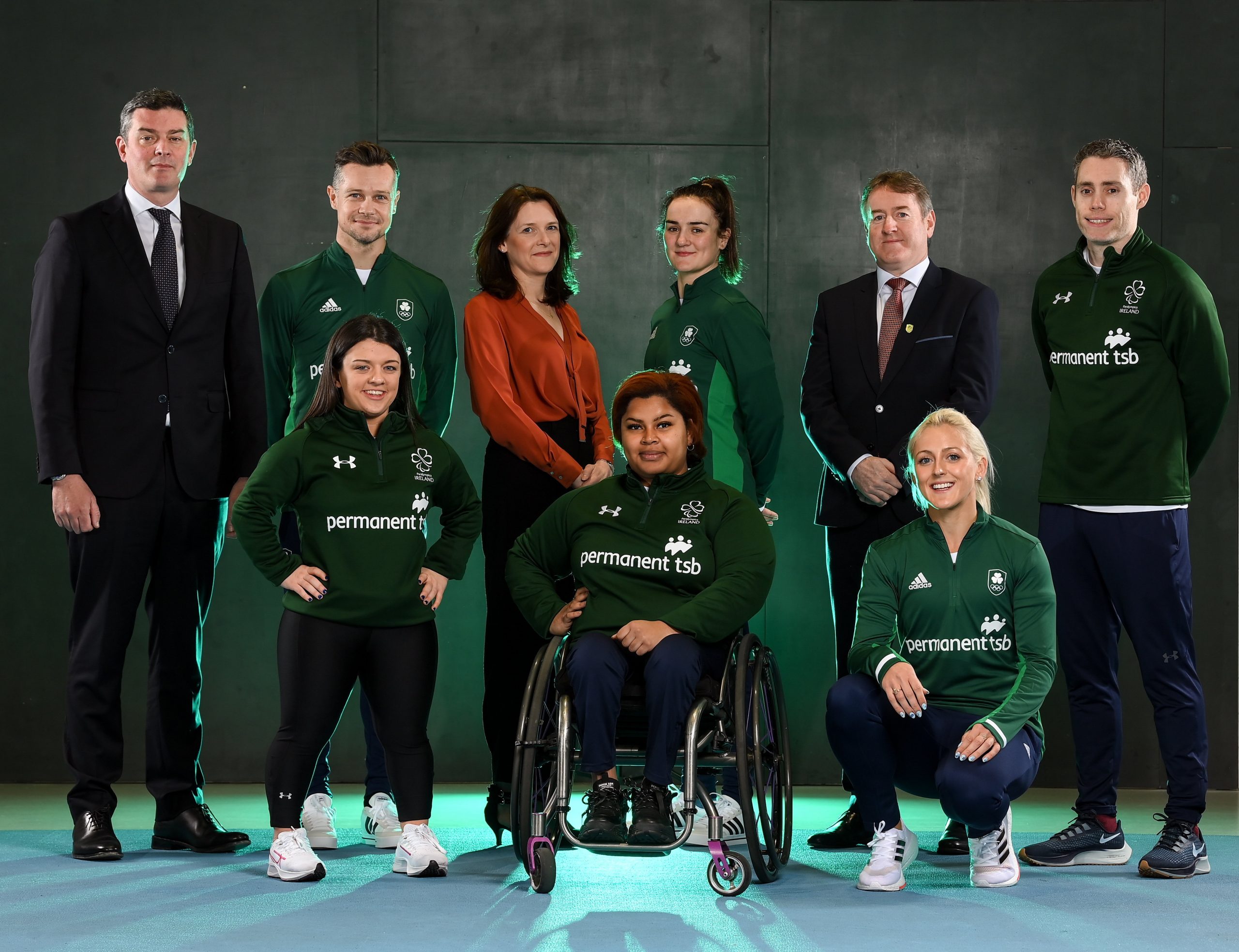 Permanent TSB has been unveiled as the title sponsor for both the Irish Olympic and Irish Paralympic teams at the Paris 2024 Games taking place in July and August respectively. Permanent TSB is the first ever title sponsor to partner with both organisations in an Olympic cycle.

As Ireland’s leading personal and small business bank, Permanent TSB values ambition, courage and excellence, three key factors in Irish high-performance sport. Permanent TSB is proud to support Irish Athletes succeed on the world stage and the unique ability of the Irish teams to inspire the country, at both the Paris Olympics and the Paris Paralympics, will be very special.

Permanent TSB will invest a multi-million euro sum to secure and promote Team Ireland in the coming two and a half years. It is the largest sponsorship undertaken by the bank since it sponsored the Irish National Rugby Team.

The bank has also agreed individual sponsorship deals with four leading athletes who will act as Ambassadors for Permanent TSB.

“We see our community ethos as a key differentiator for Permanent TSB and like us the Olympic and Paralympics are grounded in communities across the country, so this is a perfect partnership.  It is also one of the outstanding national sponsorships in the country and it speaks to our ambition to further grow the bank over the coming years.”

In the coming weeks, Permanent TSB will unveil a major marketing campaign to promote the sponsorship themed around ‘Raising A Nation’.

Crowley said, “Athletic success depends on the support of families, friends, communities and coaches and our Olympian’s and Paralympian’s achievements inspire and raise the spirits of the entire nation.  We’re starting a journey now that will take us to Paris 2024 and we look forward to supporting Team Ireland every step of the way.”

“Today is an exciting day, as we build towards Paris 2024.  We are delighted to reveal Permanent TSB as the primary sponsor of the Irish Olympic team. Their support of Team Ireland and the athletes is hugely significant and we thank Eamonn and the large team at Permanent TSB throughout Ireland for their commitment to Irish Olympic Sport. We look forward working together to connect communities and to support the journeys of our athletes.”

“This is a very exciting announcement as we welcome our first ever title sponsor for Paralympics Ireland. This partnership places Paralympic and Olympic athletes on the same level and is a significant boost as all Team Ireland athletes work towards Paris 2024. Permanent TSB has some brilliant plans in store and we are really looking forward to joining with Permanent TSB and the Olympic Federation of Ireland in ‘Raising a Nation’.”

Permanent TSB has a long history in sports sponsorships including its sponsorship of the Irish National Rugby Team for ten years from 1996 to 2006.