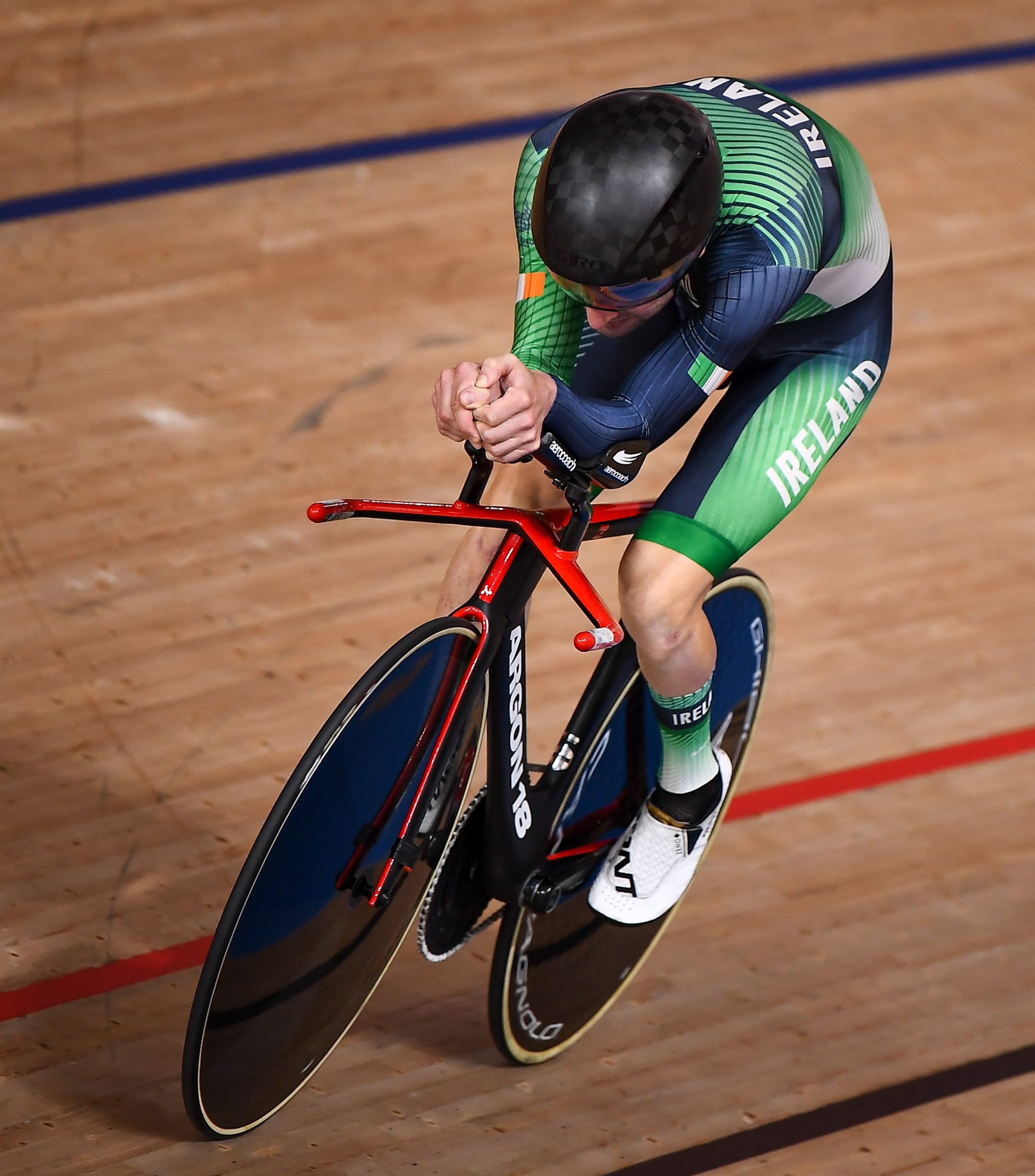 It was a morning to remember for Team Ireland at the Tokyo 2020 Paralympic Games as all four of the early starters in this morning’s competitions recorded personal best performances in their events.

The star tandem duo of Katie George Dunlevy and Eve McCrystal competed in the velodrome in Izu as the earliest starters amongst the Irish and they showed themselves to be morning people as they recorded a new national record time of 1:09.044 which was also their best ever time in the B1000m Time Trial. It was a sixth place finish overall for Katie George and Eve who were happy with their new PB’s

Eve McCrystal said “ Today was a nerve settler for us. It was really good to have it before the 3k, so that we could go through the warm, the procedure. All you can do on the day is go faster than you’ve gone before and I think it shows that we’ve got form, hopefully it will carry on to the next three events.”

Galway’s Ronan Grimes also produced his best ever performance in the C4 1000m Time Trial Final with a ride of 1:08.62. Ronan shaved over a second off his personal best in the event. Ronan finished in 15th overall with Spain’s Cabello winning with a new World Record as Britain and Slovakia completed the medal positions. Ronan was pleased with his performance and is now looking forward to the rest of the competition;

“Nice to get the nerves out of the way, go through the warm up, get a feel of the track under speed and hopefully that’s good confidence for tomorrow so”

The Tokyo Aquatics Centre also saw two magnificent performances from Ellen Keane and Róisín Ní Riain. Ellen Keane was competing in her favoured event, the SB8 100m Breaststroke Heats and she delivered her best ever performance with a time of 1:21.71. Keane competed in a tough heat that included Sophie Pascoe (New Zealand) and Marques Soto (Spain). From the beginning it was clear that it was going to be a head to head between Pascoe and Keane with the New Zealander having the edge at the turn. However, Keane powered back into the race and took the touch ahead of New Zealand’s most decorated Paralympian. Despite the win Ellen was determined to remain grounded;

“The heat was fun, I just wanted to get in and swim fast and that’s what I did. Tonight though the girls that I swim against are world class so anything can happen tonight in the final”

Keane had been preceded into the pool by the rising start from Limerick; Róisín Ní Riain. The 16 year old made her Paralympic debut only yesterday but today she made light of competing against a world class field to finish in third place with a new Personal Best of 1:09.23 in the SB13 100m Backstroke, a race in which the winner, Pergolini from the USA, set a new World Record. Speaking after the race Róisín said;

“I’m happy with it, I think it’s the fastest I’ve ever been, it’s a Pb, and that’s always good and hopefully I can improve on that this evening”

Elsewhere, there was a late change for Colin Judge in the Class 3 as his opponent, Welder Knaf, from Brazil withdrew from the tournament giving Colin a walk over from his second match that had been due to be played today. Judge will now have to wait until today’s action finishes before he knows who his opponent will be in the second round.

The first of the Irish to compete in the Equestrian Arena will also get their Games underway when Tamsin Addison and Rosemary Gaffney compete in the Grade V and Grade IV Individual Tests respectively. Colin Judge, who had been scheduled to compete today has been given a walk over into the next round following the withdrawal of his opponent.