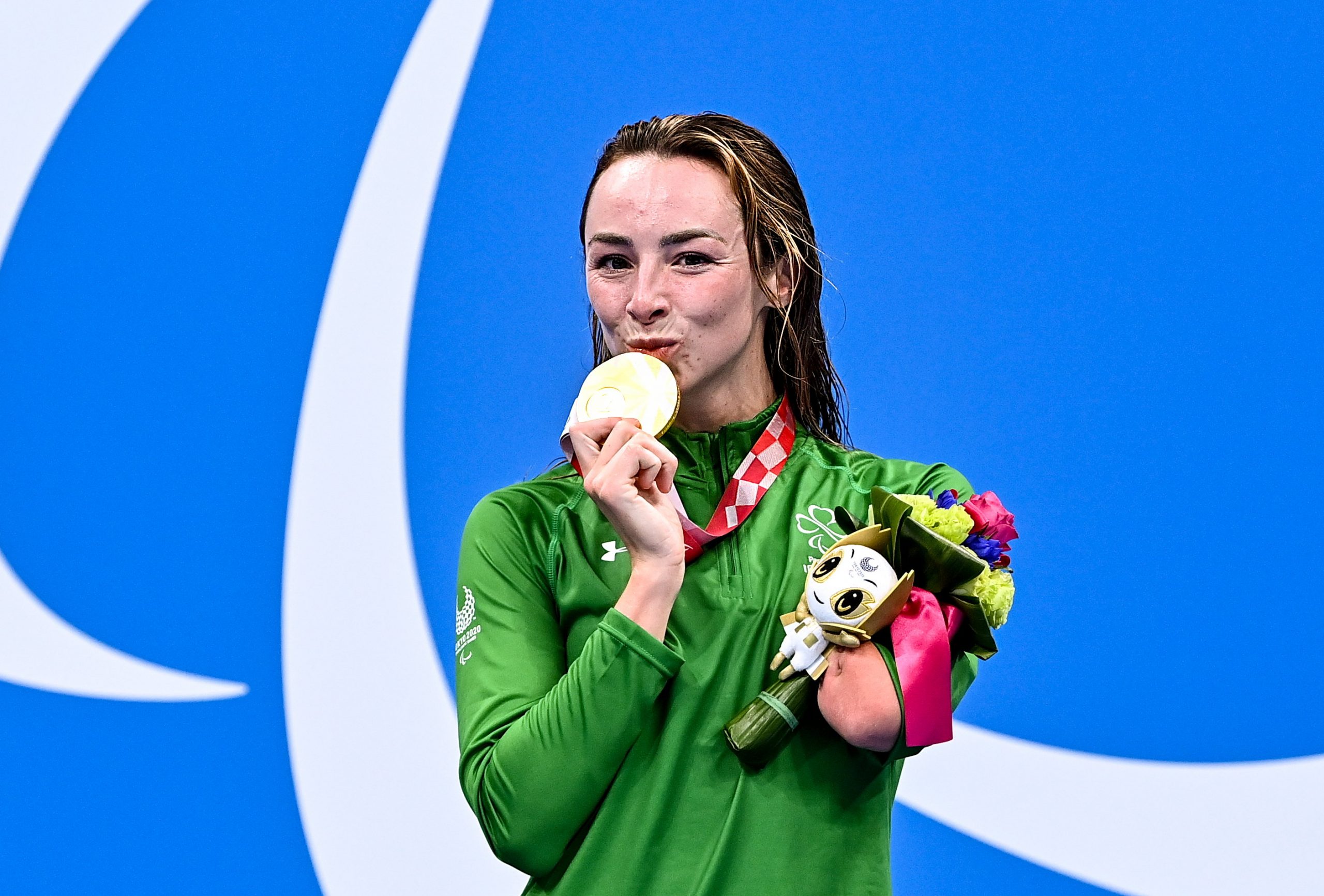 After 13 years of hard work and 4 Paralympic Games it was a special day for Ellen Keane as she saw off the challenge of New Zealand Paralympic legend, Sophie Pascoe to win the Paralympic Gold medal for Ireland.

Ellen had set a new personal best time in the heats in the morning but she smashed through that mark again as she clocked a time of 1:19:93 on her way to the top step of the podium.

As it had been in the morning session it was to become a head to head between Ellen and Pascoe, with the Kiwi leading the way at the turn. However, Keane dug deep over the last 50 metres and took the lead holding off a final surge to touch the wall four hundredths of a second ahead of the rival.

“Do you know I’m actually a bit in disbelief cos my goggles filled up with water so I didn’t know where I was, I didn’t know where Sophie was or the other girls beside me, to me it was just sticking to the game plan that me and my coach had, just being long and strong and that’s what I focussed on throughout the race and I just kinda gave it my all the last 25 and to see number one, it wasn’t even the number one that I was most excited about, it was more the time.”

Limerick’s rising swimming star, Róisín Ní Riain, returned to a final for the second day in a row after making her debut yesterday. Róisín showed real courage as she battled back into a brilliant 6th place finish as she set her personal best time in the S13 100m Backstroke, her third Personal Best on her fourth visit to the competition pool.

“I knew if I got my race strategy right, if I got it down a bit better, that I could definitely do it”

Equestrians Tamsin Addison and Rosemary Gaffney both made their Paralympic debuts and finished 12th and 15th respectively in Grade V and IV dressage. Tamsin and her horse Fahrenheit scored 66.452% in the Grade V individual test which was won by Belgium’s defending champion Michele George with a score of 76.524. She admitted she would have liked a higher score and will be pushing herself and her equine partner even harder in the Team Test on Saturday.
“I should have put a bit more power in him, especially in the middle, but we didn’t make any mistakes and it’s a very fine line at this level. You want it all on the night, for that six minutes that you’ve been training for, for so many years. It’s easy to over-ride and that’s something I’ve been guilty of in the past so I was pleased we had a clean test today.”

Rosemary and her mare Werona scored 65:390 in Grade IV which was won by the defending Grade III champion in Rio, Sanne Voets (Netherlands) with a score of 76.585. The 62-year-old from Clonmel was particularly delighted to finally compete at the highest level after coming so close before and she and her horse were accompanied, in the role of official ‘caller’, by groom Shannon Acheson, one of  Rosemary’s students at Kildalton Equine College in Kilkenny where she is the director. Rosemary said:
“It has been a dream of mine, ever since I had my first accident in 2007, to get to the Paralympics. I’ve been reserve for the last two and this time I made it so I’m thrilled. I’m a late developer! I went into the arena as a nobody and came out a Paralympian. I’m on Cloud Nine.
“Obviously I’d like a little higher mark but we’ll reflect on that tomorrow. For today I couldn’t have asked her to be any better. She’s quite a hot mare but she behaved herself so well and never put a foot wrong.”