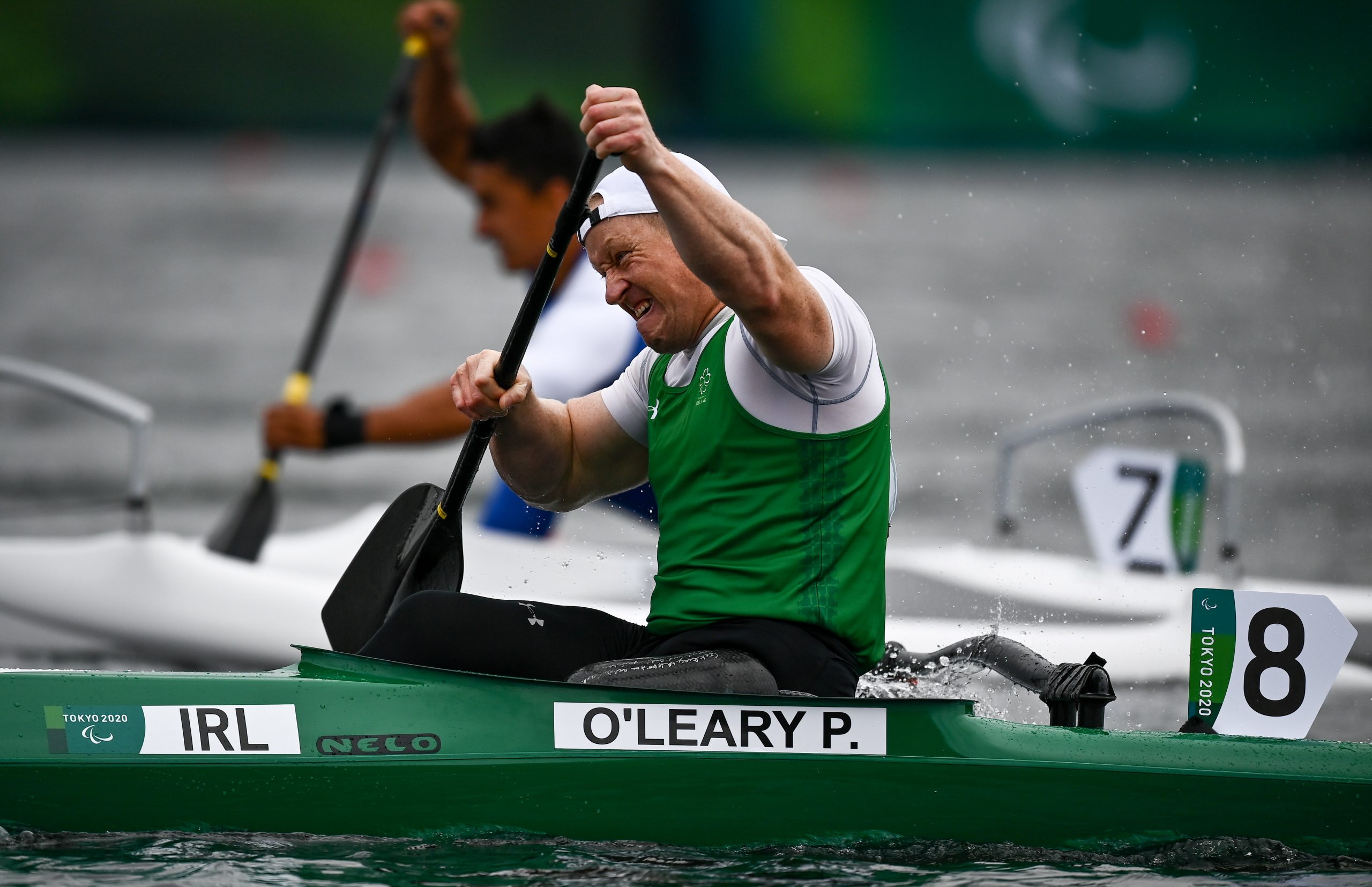 Ireland’s Pat O’Leary finished a brilliant fifth in the blanket finish to the VL3 final that made it one of the most thrilling canoeing races in Tokyo today. The Cork native, who made history in 2016 by finishing sixth in the KL3 kayaking final, came even closer to a medal this time in the most dramatic of finishes to the new VL3 Va’a event.

Australia’s Chris McGrath took gold comfortably in 50:537. But less than one second separated the next four men across the line and Britain’s Stuart Wood took bronze with 52.760, less than two tenths of a second faster than O’Leary’s 52.910.

The 48-year-old NUIG chemistry lecturer, who is reigning European champion in the new discipline, had already made history in qualifying for his second  Paralympic canoeing final by nicking third in his semi-final in an equally thrilling finish and a time of 51:939. He was delighted with his performance in the decider, saying he hadn’t another ounce of energy to give and leaves Tokyo delighted with being so competitive in not one but two events, having earlier placed ninth overall in the KL3.

“It feels fabulous to have finished fifth. The important thing for me is to get out of me what I have in me and I really don’t think I had another 10th of a second in me.
There’s no such thing as a perfect race but on the day it was as good as I had in me. If there are four guys in the world better than me that’s fine, I’ll take that.
“I knew the shape I was in when I came out here and that’s reflected in my performances, so it’s been a really wonderful success for me.
“This competition has also been a great advertisement for para -canoe. All the races have been really tight and you see the spirit of it as well. It’s been fabulous. You just get out there and enjoy it. I smile every time I get on the water and before each race to remind myself that this is what I enjoy.
“Paralympic sport is fabulous. It’s not for everyone, it’s elite sport but it’s useful to show to people that canoeing is a really accessible sport. You don’t have to do it at a competitive level. Anybody who likes water, just go down to your local canoe club and say ‘Pat says you can get me in a boat’ and they will.”

Mary Fitzgerald became a Paralympian in fine style today as she finished in 6th place in the F40 shot put competition. Mary grew into the competition with her best effort coming with he 6th and final throw of the competition.

The standard of the competition became clear very early as the first thrower, Nigerian Lauritta Onye, who was the champion in Rio, threw 8.26m with her very first throw. The conditions at the Olympic stadium were not what the athletes would have hoped as the rain poured down throughout the competition. Mary started with a throw of 7.25m and gradually improved until the 4th round where, what looked like a good throw approaching the 8m mark was ruled out. After inquiry the reason given was that some tape from her shoe touched the foul board. This knocked Mary’s confidence for the next round but she recovered her final throw to record her best of the day with 7:79m to move ahead of Baars from Nigerian and finish in 6th place overall. The winner of the competition was Renata Sliwinska from Poland who dominated throughout and she was followed by Belhaj from Tunisia with defending champion, Onye finishing in third place.

Speaking afterwards Mary said “Tricky conditions out there, the rain definitely effects the shot put but I’m not going to use it as the excuse. I would have liked to have thrown closer to my PB of 8.12 but 7.79 isn’t miles off. I got it in the last round so that is probably when I started to get settled with the conditions in terms of challenging the board more but ya look, like somebody said, I can call myself a Paralympian now and that is a huge honour. It’s nice to add it to the CV, a little disappointed but I know there’s more to come in the future and I know this is only the beginning”

She went on to add “Even though family, friends and supporters weren’t there in the stadium, I definitely felt the support ever since I landed in Tokyo and from just before I was about to leave so I’m just incredibly grateful to my family of course, my parents John and Evelyn, to my brother Patrick my club Gowran AC in Kilkenny as well as Leevale in Cork and UCC my college, where I am studying, as well as the Quercus programme. Just the support has been absolutely amazing, I’m just incredibly grateful, I owe them definitely, it’s been just amazing.”

Philip Eaglesham competed in the last of his 3 events today as he took to the Asaka Shooting Range in his favoured event; the R9 Mixed 50m Rifle Prone. Despite a strong opening of 103.6 in his first round he was left to rue two rounds in a row where he shot 102, despite finishing strongly he never fully regained his form and finished in 15th place with a score of 618.3 which meant that he narrowly missed out on progressing to the last 8. Speaking after the event Philip spoke about his family and supporters at home; 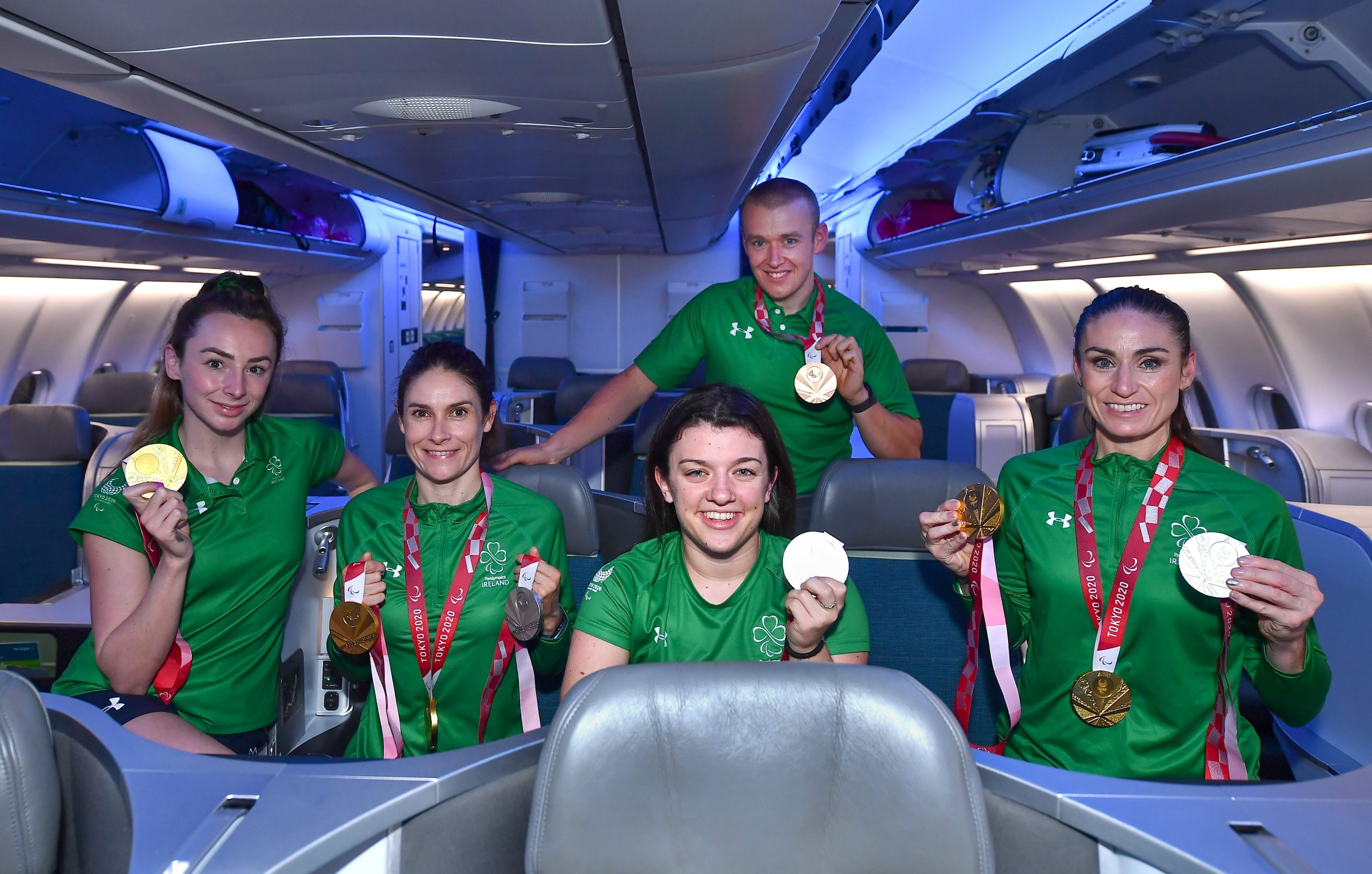