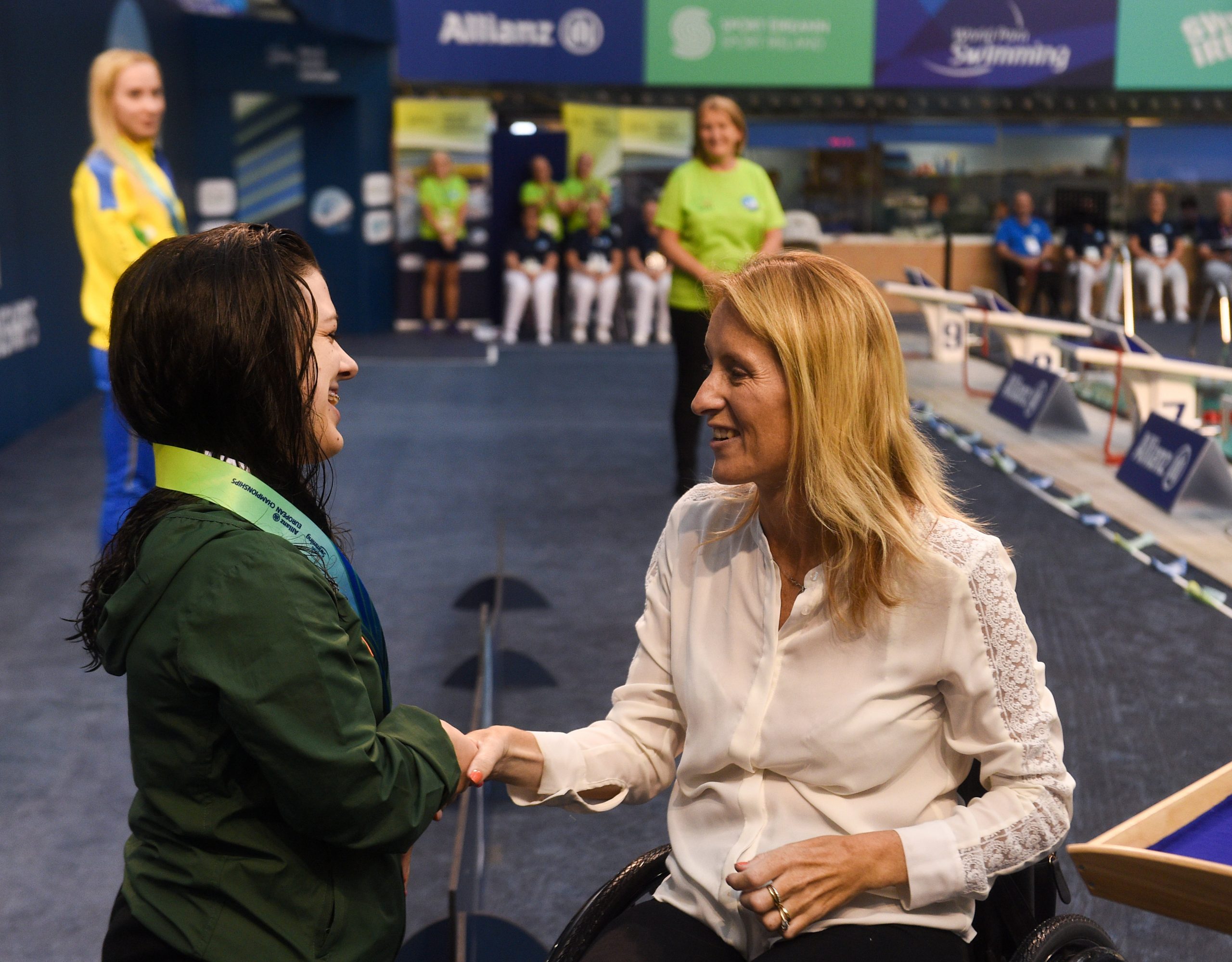 Paralympics Ireland last night elected Eimear Breathnach to the role of President at the virtual 2021 Annual General Meeting. Lisa Clancy and Denis Toomey were also elected to the roles of Vice-President. Tony Dignam was re-elected as Finance Officer, standing unopposed for the role.

Eimear Breathnach will now serve as President of Paralympics Ireland for a term of four years, including the rescheduled Tokyo 2020 Paralympic Games. Outgoing President, John Fulham, stood down from his role as President at the end of his term. John has been involved in Para sport for 35 years, as an athlete, administrator, and board member. John represented Ireland as an athlete at four Paralympic Games (Barcelona 1992, Atlanta 1996, Sydney 2000, Athens 2004) and as president since his election in 2017.

The 2021 AGM, which was hosted virtually for the second year running, was opened by Minister, Jack Chambers, who expressed his gratitude towards Mr. Fulham and commended the leadership he has shown in the role as President of Paralympics Ireland. Minister Chambers also congratulated the Para Swimming team, for their performances in Madeira last week at the European Championships, the Minister also sent his best wishes to the Para Athletics team heading to the Athletics European Championships in Poland on Friday.

Sport Ireland CEO, John Tracey, also delivered opening remarks at the AGM, thanking John Fulham for his service, for showing great leadership in his role as President, a role he has carried out with great vision and vigor.

John Fulham delivered his final President’s address, recognizing the resilience shown by athletes and coaches in recent times, saying: “With the return to competition they are starting to reap the rewards for the resilience shown, there is light at the end of the tunnel. Our swimmers in the Europeans are a prime example of that, and with our Athletics team going to Poland shortly, I hope to see more of those rewards.”

Stepping down from board, alongside John, are Brendan Jennings and Mairead Farquharson, John expressed his thanks to both, saying: “Brendan and Mairead have provided me with friendship, advice and level-headed thinking to the board, which was invaluable, my personal thanks go out to both of them.”

John concluded his Presidents address by saying: “I want to wish Team Ireland, both the Paralympic team, and our good colleagues and friends in the Olympic Federation of Ireland, every success in Tokyo and beyond, to Paris 2024 and LA 2028, we’ve built an incredible Paralympic and Olympic legacy here in Ireland and I want to grow, I’ll watch their achievements with pride.”

Paralympics Ireland CEO, Miriam Malone said: “John, as a Paralympic athlete himself, always seeks to put the athlete first. His guidance in the world of Paralympic has been superb as we navigated through European and International Paralympic committee meetings.

John has been a great leader throughout his time as President, always looking to progress opportunities for Para athletes. He has led the organisation through a number of different areas, such as hosting the 2018 Swimming European Championships, adopting the new Governance code and in a new strategic plan.

On behalf of myself and all the staff, I would like to take this opportunity to say thank you for all your support and work,” Miriam said.

With 91 days to go until the Tokyo 2020 Paralympic Games, Chef de Mission, Neasa Russell and Performance Director, Dave Malone, gave an update on Tokyo 2020. Team Ireland currently has 20 slots confirmed for the Paralympic Games, with more qualification opportunities upcoming for the various sports in the coming months.

Para sport is an increasingly competitive environment; it is moving forward at an incredible speed. I look forward to working with our dedicated staff, board and Sport Ireland to ensure that all our athletes continue to perform on the world stage, and that no athletes are left behind.”

Eimear concluded by paying special thanks to the outgoing board members: “John has been a great support and mentor to me over the past number of years. He has dedicated a huge part of his life to sport, any organisation will be lucky to have John on their side. I wish him all the best, I would like to thank Mairead and Brendan for their work on the board, they have been a huge influence on me.”