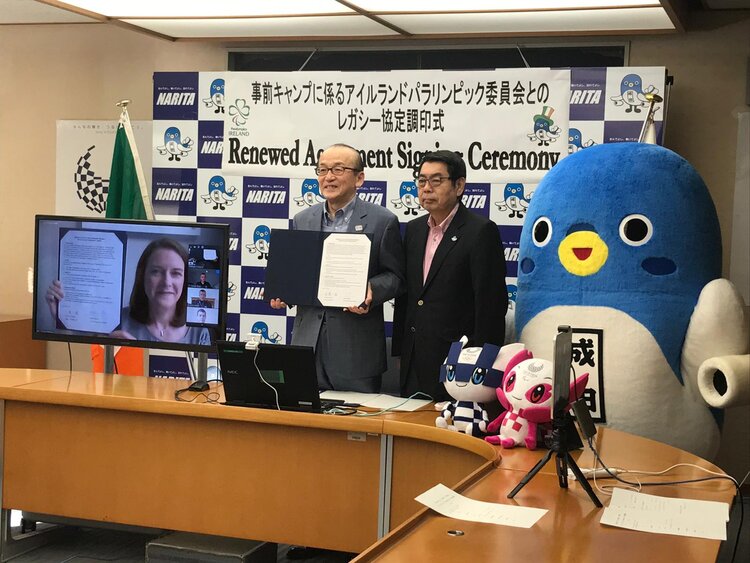 Paralympics Ireland joined representatives from Narita City this morning (August 24th) to sign an agreement that confirms that the city will host Team Ireland for their pre-games training camp in August 2021 prior to the Paralympic Games.

Narita had been confirmed to host the Irish Paralympic Team this month but those plans had to change as a result of the postponement of Tokyo 2020 to August 2021. Team Ireland had been due to arrive in Narita City on August 11th where the team would acclimatise to their new environment while training at the Nakadai Sports Centre and the Chiba International Swimming Pool. Narita, which is situated 60km to the NorthWest of Tokyo, would have hosted the team until they relocated to the Athletes village in Tokyo.

Paralympics Ireland CEO, Miriam Malone, and Paralympics Ireland President, John Fulham joined Narita City Mayor, Kazunari Koizumi and Vice Mayor Kenji Sekine to sign an agreement that will see Narita city host the Irish team prior to the rescheduled Tokyo 2020 Paralympic Games. The signing ceremony took place remotely by Zoom with Mayor Koizumi and Miriam Malone signing the agreement confirming the renewal of the arrangements between the two parties. A new joint Facebook page was launched in Japanese to promote Team Ireland’s training camp in Narita and can be seen by clicking HERE.

Speaking about the agreement Paralympics Ireland CEO Miriam Malone said ‘We are very pleased to confirm that Team Ireland will be coming to Narita City for our Acclimatisation camp prior to the Rescheduled Tokyo 2020 Paralympic Games. We had developed a wonderful relationship with Narita as we planned for the original dates of the games and I am delighted that we will be able to continue that relationship. I would like to thank Mayor Koizumi, Vice Mayor Sekine and their team in Narita for their help throughout the past few months. We can now look forward to the future and planning together for the Tokyo 2020 Paralympic Games next August.’ 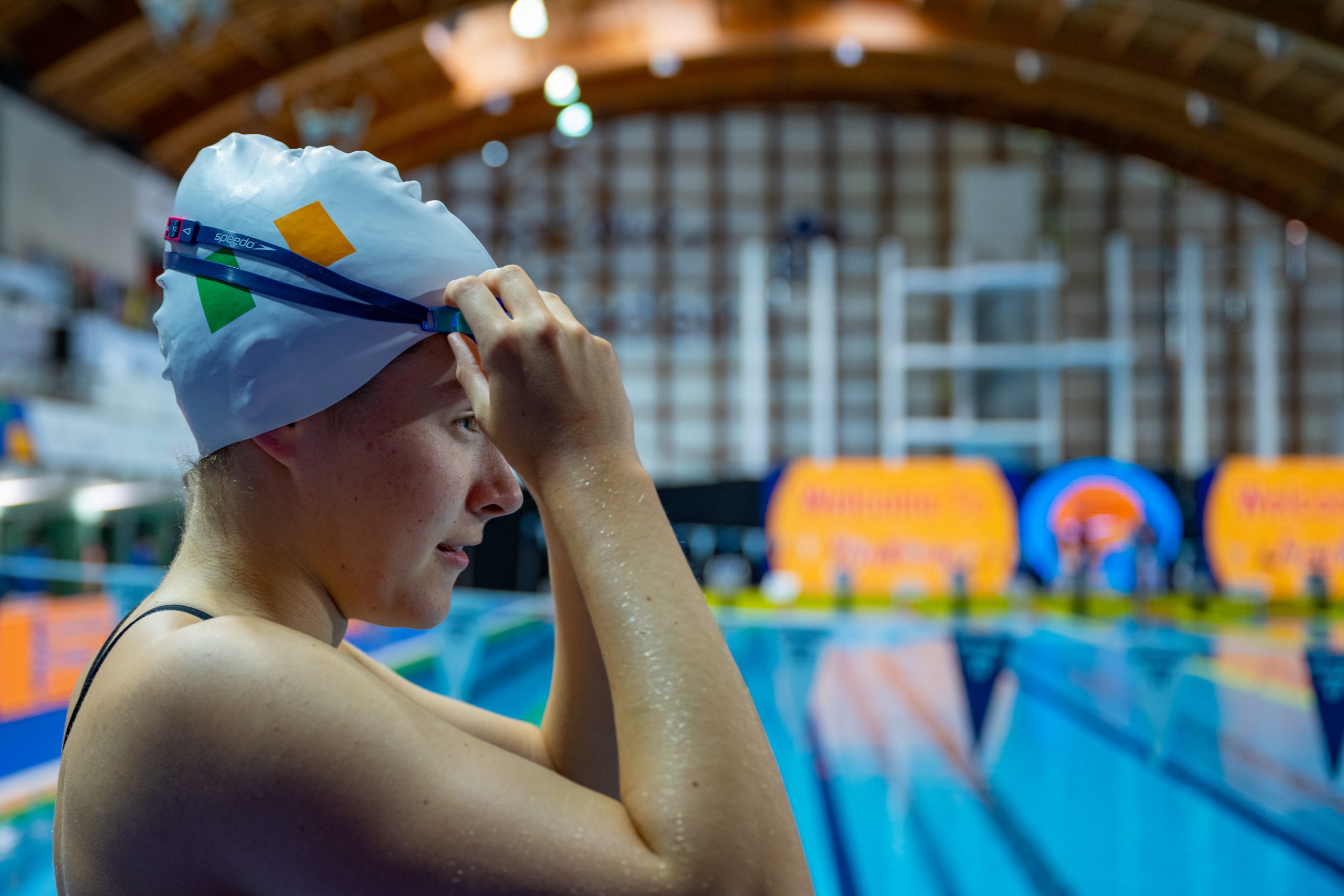 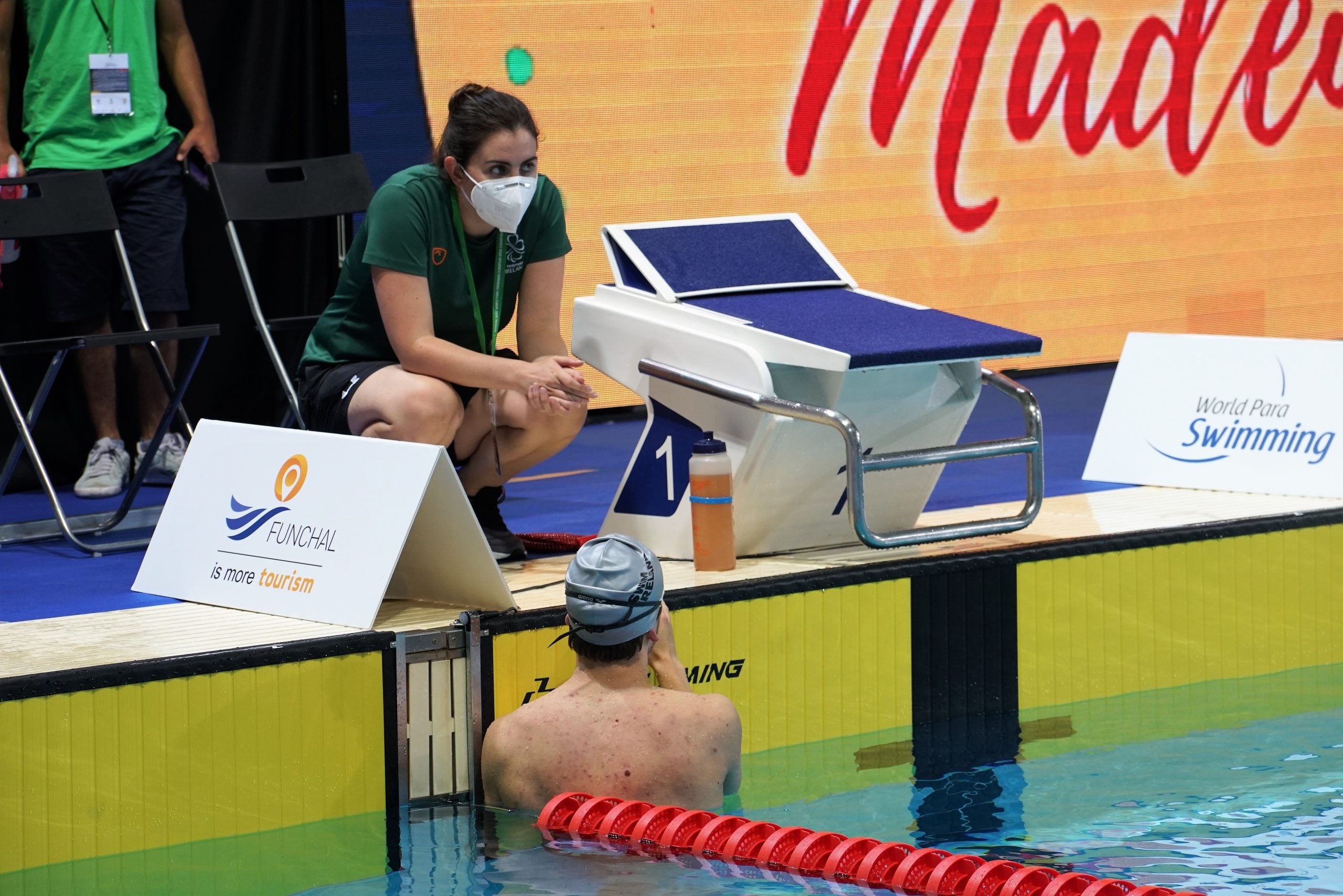 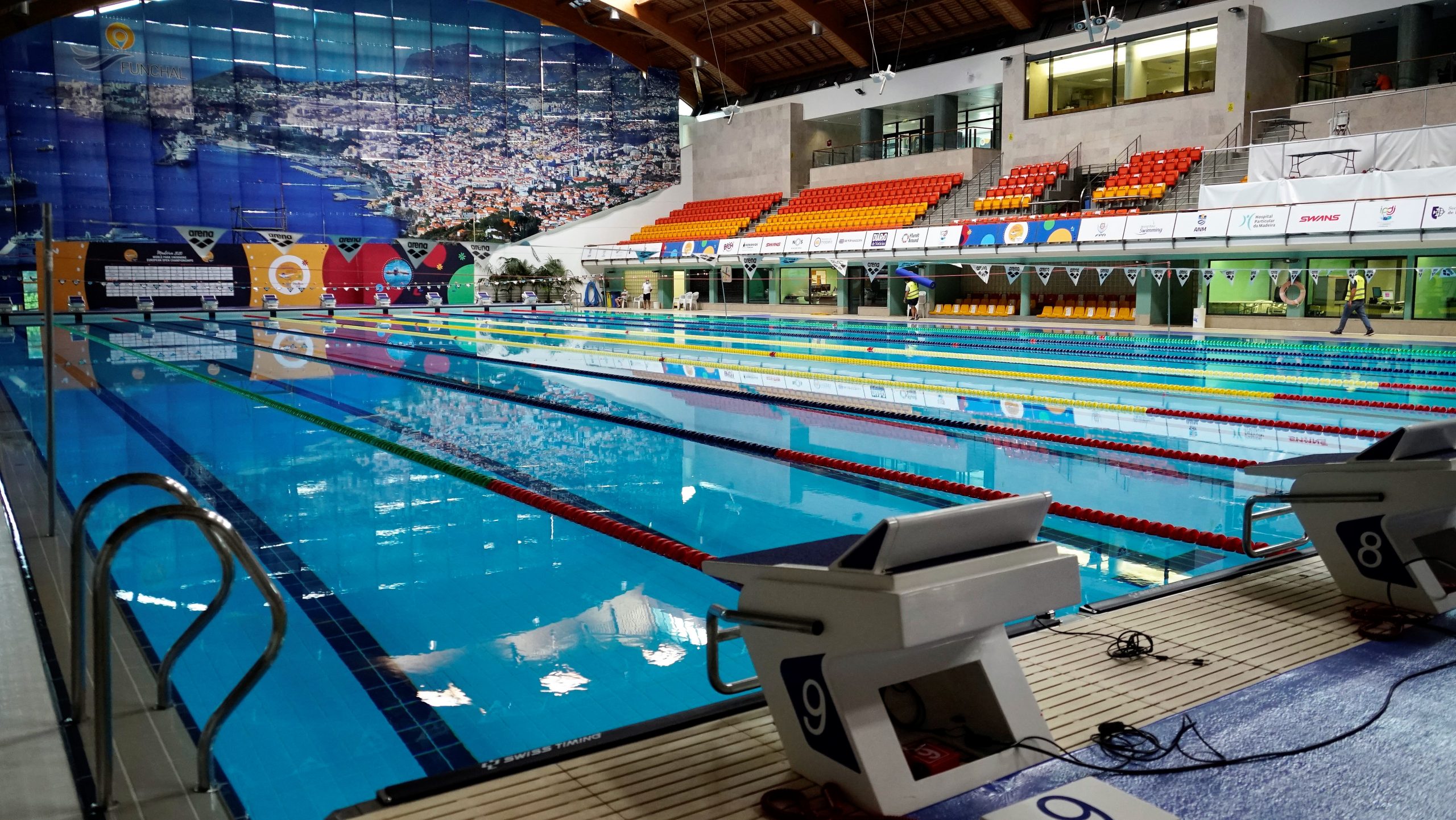