Katie-George Dunlevy and Eve McCrystal have won a 3rd World Title in the time trial at the UCI Paracycling World Championships. The pair retained their rainbow jerseys in emphatic style as they averaged 45.612km/h for the 31.2km course, giving them a winning margin of 55 seconds over New Zealand.    As well as their time […] 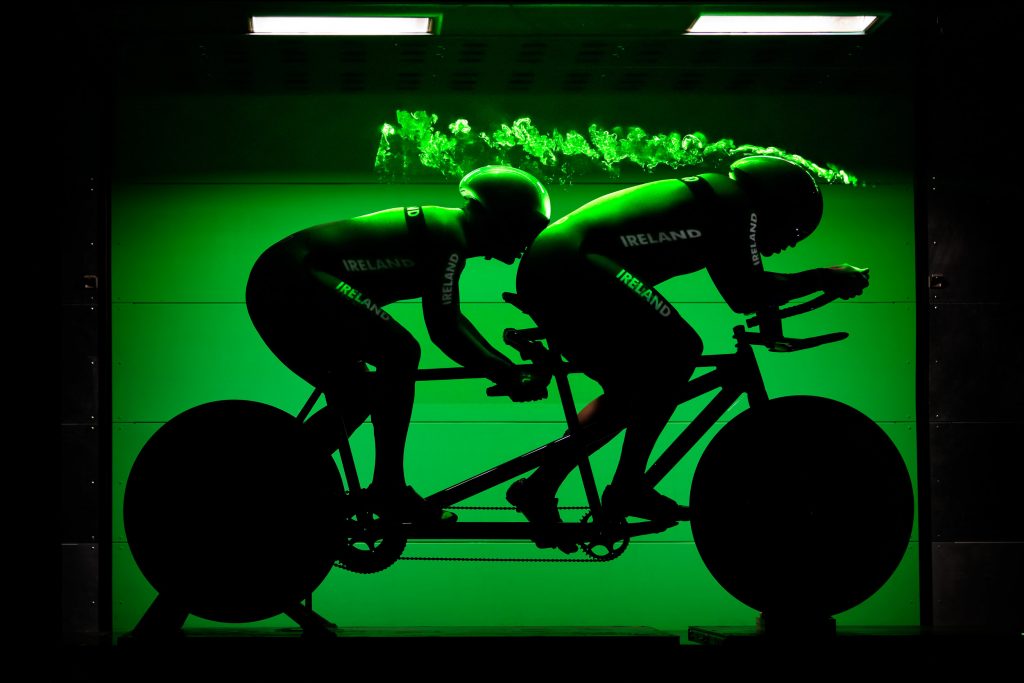 Aerodynamic science reveals new insights that can change Paralympic and World Championship podiums   The importance and prestige of Paracycling is on the rise, but insight in Paracycling aerodynamics is very limited. Therefore, researchers from NUI Galway (Ireland), Eindhoven University of Technology (The Netherlands) and KU Leuven (Belgium) have used advanced technologies such as engineering […]

Paralympic Silver medalist, Colin Lynch, has confirmed today that he is retiring from Paralympic Cycling. Colin is a multiple world championship medalist and achieved his ultimate aim of paralympic glory at the Rio2016 Paralympic Games. Colin announced his retirement with a statement earlier today, an extract of that statement is visible below. All in Paralympics […] A 13 person para cycling team has landed in the Netherlands ahead of the 2019 Para Cycling Para Cycling Track World Championships that are being hosted in Appeldoorn between Thursday March 14th and Sunday, March 17th. The strong Irish team will include former World Championship bronze medallists, Katie George Dunlevy and Eve McCrystal. The tandem […] Katie-George Dunlevy and Eve McCrystal have defended their world title in the Time Trial at the UCI 2018 Para-cycling Road World Championships in Maniago, Italy today.   The Paralympic Champions finished the 27.7km Time Trial in a time of 35:26:37, seventeen seconds ahead of silver medalists Lora Fachie and Corrine Hall from Great Britain. Poland’s […] 28th May 2018 Today Ireland’s Paralympic Champion Eoghan Clifford announced his retirement from international cycling. Since his international paracycling debut in 2014, Clifford has been a dominant force in the MC3 category, both on the track and the road. The Galway-based rider has amassed fifteen podium placings at major event, including a Paralympic Title, four […]

The UCI Para-Cycling Road World Cup gets under way tomorrow, Thursday May 3rd, when Team Ireland compete against the best in the world in Ostend, Germany. A strong group have been named for the competition including Katie George Dunlevy & Eve McCrystal, Peter Ryan & Séan Hahessy, Damien Vereker & Dermot Radford, Ronan Grimes andDeclan Slevin. The Development […]

Fourth for Dunlevy and McCrystal, Sixth for Gordon and Byrne Katie-George Dunlevy and Eve McCrystal finished fourth, and just outside the medals in the Women’s B Tandem Sprint at the UCI 2018 Para-cycling Track World Championships tonight. Their qualifying time of 11.892 seconds was an incredible 3.5 seconds faster than the current national record of 12.259 seconds. The eventual winners were the Great Britain bike […] Five bikes will compete at the UCI 2018 Para-cycling Track World Championships in Rio de Janeiro, Brazil from the 22-25 March. Three tandems and two solo bikes will compete in fourteen events over the four days of competition. The championships take place in the Velódromo Municipal do Rio where Eoghan Clifford won a Paralympic bronze […]