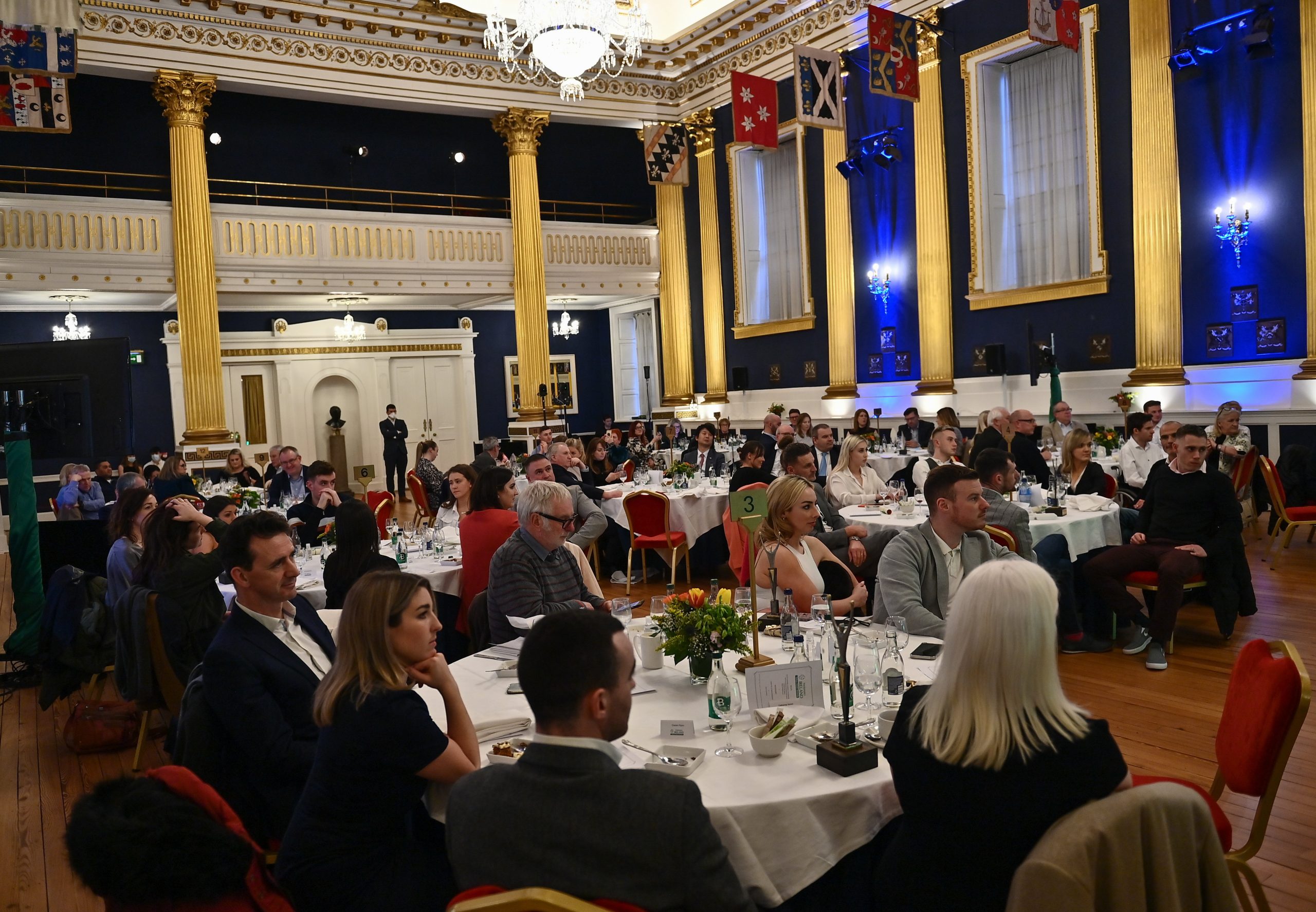 The team that represented Ireland at the Tokyo 2020 Paralympic Games gathered in Dublin on Friday for the Paralympics Ireland Tokyo 2020 Awards Ceremony. Over 100 guests gathered in Dublin Castle, which included athletes, coaches, and support staff of Team Ireland. Joining them to celebrate their fantastic achievements at Tokyo 2020 was An Taoiseach, Micheál Martin, Minister Jack Chambers and Japanese Ambassador to Ireland, Mitsuru Kitano.

Katie-George Dunlevy and Eve McCrystal rounded off a brilliant Games cycle as they reclaimed the award for Outstanding Female Performance, presented by An Taoiseach, Micheál Martin. This is the second time the tandem legends have won this award having also been singled out for their achievements at Rio 2016. Following his sixth Paralympic gold medal, Jason Smyth was selected as the winner of the Outstanding Male Performance at Tokyo 2020.

The Outstanding Debut Performance Award went to Laois man, Gary O’Reilly, who won bronze at the Tokyo 2020 Paralympic Games, Gary also finished in fourth place in his second event of Tokyo 2020 in the H5 Road Race. The final performance related award went to Nicole Turner, who picked up the Young Paralympian of the Games Award. Nicole won silver in the S6 50m Butterfly, which was the 19-year old’s second Paralympic Games.

The Awards also recognise other areas, including media. RTÉ were recipients of the Outstanding Media Contribution at the Paralympic Games, while Sportfile’s Sam Barnes won Photograph of Tokyo 2020.

Also presented on the evening was the Irish Paralympic Order Award, the highest recognition one can receive from Paralympics Ireland. Former President and four-time Paralympian, John Fulham was awarded with the Irish Paralympic Order for his 35 years of service to Irish Para sport. Former CEO and current Sport Ireland Institute Director, Liam Harbison was also selected for the same award. Recently retired CEO, John Treacy, was selected as recipient for the prestigious President’s Award, John was honoured with the award following his service to Irish sport, in particular Irish Para sport. New Sport Ireland CEO, Dr. Una May was in attendance to collect the Award on behalf of John.