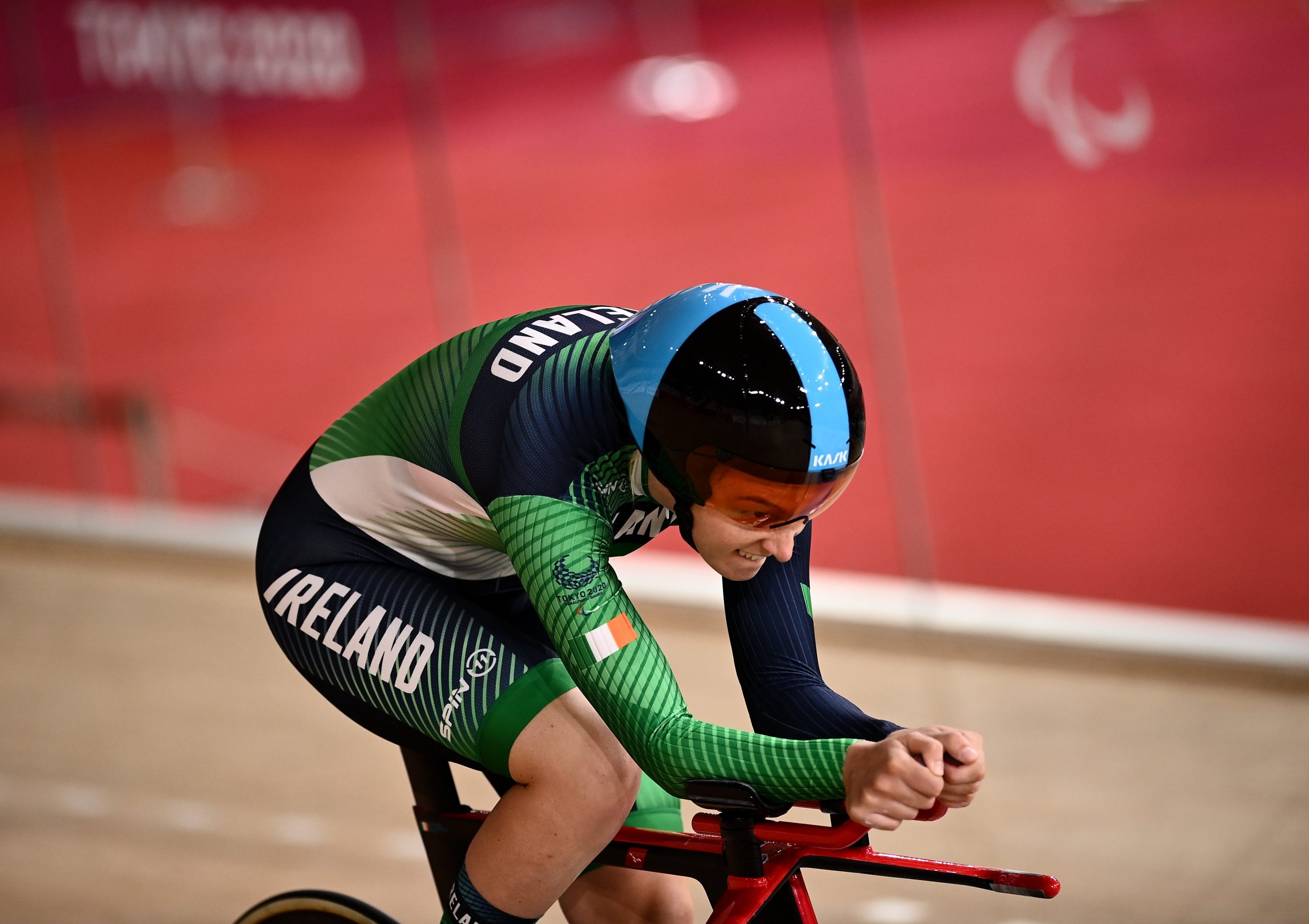 Richael was up against Austrian rider Yvonne Marzinke in the C1-3 3000 metre pursuit race at the Izu Velodrome near Shizouka in Japan.

Richael went out hard, sprinting out of the saddle and straight into the tuck position as she set about catching her opponent.

By Lap three she caught Marzinke and then settled in to maintain the advantage to the finish. Rolling a big gear with a low cadence – at all times her class was clear to the onlookers.

For a time she was top of the rankings but in the end finished a very credible top ten with a ninth place.

After the race, the Roscommon woman spoke of her joy at surpassing her previous best time and is now focusing on her

Richael said: “I’m delighted to be honest to get a PB, that’s what I came here to do. I can’t focus on what anyone else is doing so for me to get a PB is brilliant.

“This is my first event at a Paralympic Games. I only got on the team two years ago, it is just a case of getting the first event over with.

“To catch her was a bit of a shock, I’ve been caught in the past and I know the feeling. To catch her early really gave me a boost. I just went as hard as I could and that was all I could do.

“With my impairment my right side is weaker -on the track it’s about getting it up and going and keeping the tempo going.

“It is a bit slow to get started but once I’m moving then it is about keeping on top of it. Three kilometres doesn’t sound that long, but on a track you are constantly pushing. I’m just delighted, a PB is great.

“I am so new to the sport it was just important to get that and get one performance under my belt and then push onto the other events.”

The dominant performance and PB status left its mark on Richael as the lactic acid built up at the end of the event.

“When I stopped there I couldn’t get my foot clipped out,” she laughed.

In her chat with Cycling Ireland Richael was sure to stress that she could not have made it to the Paralympics without the help of those at home.

“I just want to say thank you to everyone at home, everyone that is watching. Four years ago I didn’t think I would be here. I am just delighted,” she said.

Richael will take on the C1-C3 500m Time Trial on Friday at the velodrome.

Tomorrow we will see the opening races for Katie George Dunleavy and Eve McCrystal in the B3 1000m while Ronan Grimes also begins his campaign on the track in the C4-5 1000m Time Trial.